4.0 years ago by Clinton Hackney 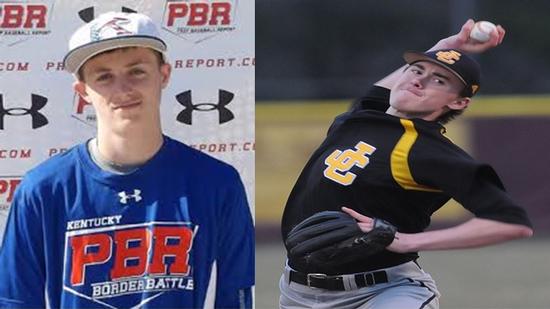 Golden Eagle pitcher's Braxton Kelly (senior) and Gabe Ferrell (junior) were named to the Kentucky High School Baseball Coaches Association Pre-Season All-State Team prior to opening night of the 2018 campaign.  Both Kelly (Ohio University) and Ferrell (EKU) have signed D1 baseball scholarships and will join Tate Meade (also signed D1) in what will be a star studded bullpen that is expected to make a run a state title.  Kelly has been scouted by several professional teams dating back to last season, while Ferrell is a multi-sport star just coming off a deep playoff run in basketball as a starter.

To view the entire All-State Team click on the following link http://www.khsbca.org/all-state-teams.html

The Golden Eagles will open the season Tuesday night on the road at Russell!