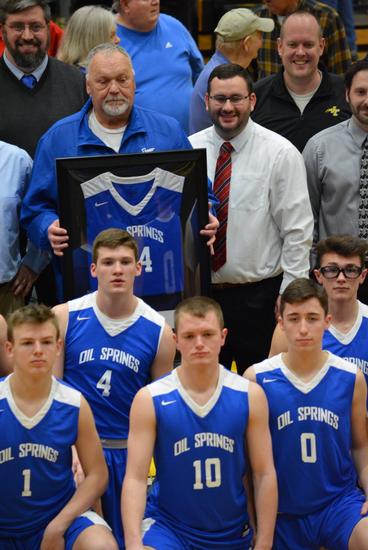 Former Johnson Central graduate and Oil Spring standout, Mike Castle was honored this past week as the Golden Eagles basketball paid homage to one of the four schools consolidated into JCHS in 1968.  Castle scored over 1,000 points as an Oil Springs Wildcat and then did it again as a JCHS Golden Eagle, playing his junior and senior year after Johnson Central was built.

The Golden Eagles wore the Oil Spring jersey in a competitive game for the first time in 51 years as they hosted Lawrence County!