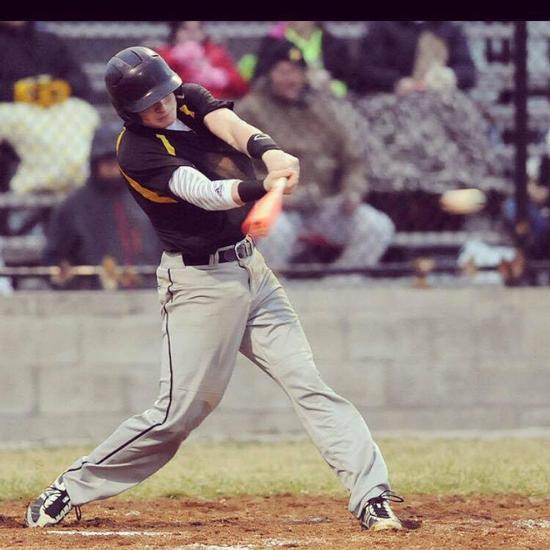 Johnson Central all world athlete Geordan Blanton has verbally committed to play baseball for Marshall University. Blanton is a state champion wrestler who is expected to win his 2nd title this season, an all state WR and current QB/WR/DB for the top ranked 4A team in the state on the gridiron, and a two time all state baseball player who will likely be a finalist for Mr. Baseball this upcoming season on what is expected to be a highly ranked preseason baseball squad.  Needless to say, Blanton has excelled at everything he has ever done athletically.

Blanton had offers from Division 1 programs for football, wrestling, and baseball but settled on what many consider his best sport in baseball. His long list of offers across all sports for all divisions was over 60 and growing.

Blanton's unique athletic gifts have made him a candidate for the Wha-Wha Jones award (best all around male athlete in the state of Kentucky) to be awarded the week of the boys basketball state tournament.  In baseball alone last season, Blanton led his team in HR's, RBI's, steals, fielding percentage, and batted over .500 while playing shortstop.  This earned him numerous POY awards to include the prestigious Ashland Daily player of the year.

Congratulations to Geordan from Eagle Nation!