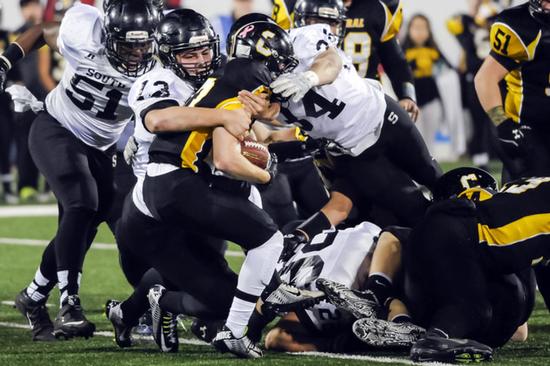 Bluegrasspreps.com has ranked the Johnson Central Golden Eagles #2 in the state in class 4A going into the 2016 campaign.  JC Falls just behind defending 4A state champions South Warren and just ahead of State Semi Finalist Wayne County.  Read the full 4A preview using the following link: http://bluegrasspreps.com/ky-football-high/bluegrasspreps-2016-class-330240.html

Picture Caption: JC looks to be on a crash course with South Warren for the 4A state championship for a 2nd year in row.  This time a different result could ensue as the vaunted South Warren defense lost several key players.