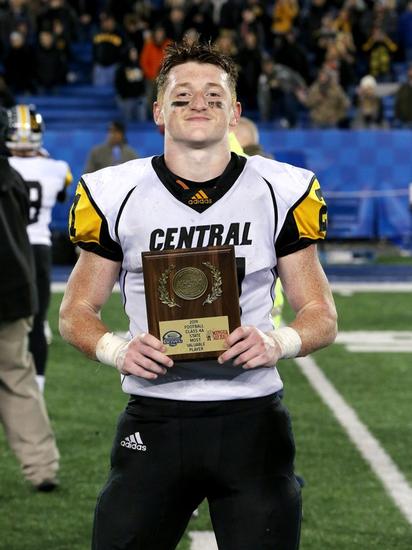 Johnson Central junior standout Dylan Preston was named MVP of the 4A state championship game versus Boyle County!  Preston's Golden Eagles pulled out a thrilling 21-20 win behind his stellar play that included a TD run, an interception and forced fumble.  Preston has played in the state championship game each of his first three season and is considered one of the best football players in the state of Kentucky regardless of class!  Congratulations to Dylan on an outstanding performance on the biggest stage!!