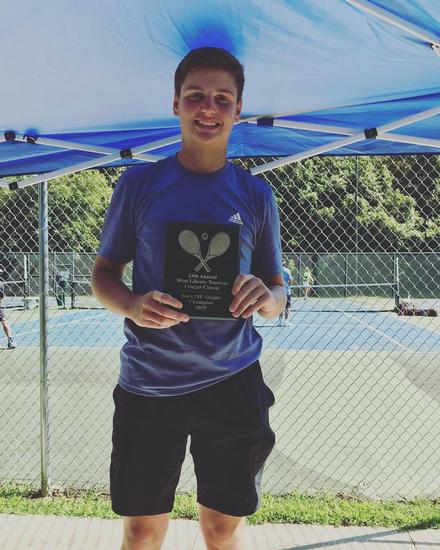 Sophomore standout Drew Brown captured the 18u Singles Championship this August in the Annual Cougar Classic in West Liberty.  Brown dominated the competition in a field that featured more than 50 overall competitors.  Brown has played on the varisity level for Johnson Central in both singles and doubles for multiple seasons!