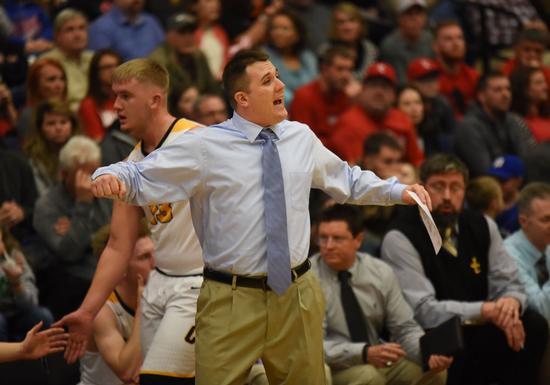 Johnson Central Athletic Director and Head Men's Basketball Coach Tommy McKenzie was elected to his 7th consecutive term as the 15th Region Boys and Girls Coaches Association Chairman at the Fall meeting this past August.  The Association was established in 2011 and elected McKenzie as its first chairman in 2012.  The main focus amongst its many mission is to promote the student athletes within the 15th Region on a state and national level.

The Association votes on CATS Pause player and team rankings for both boys and girls, establishes freshman leagues, works with 15th Region Tournament host districts to promote history, diversity, and inclusion during regular and post season play, conducts a player banquet and awards ceremony at the end of the season, and hopes to soon establish a 15th Region Hall of Fame.  All of this being funded solely by the coaches themselves with no school or outside contributions.

The Association is also pleased to note that it had 100% participation from all member schools for both boys and girls for the 3rd consecutive year.

Below are the full election results:

Note: Elections are conducted every August at the Fall Meeting by nomination and then by secret ballot from Head Coaches only!